Mizu Restaurant, offering contemporary Japanese cuisine, is the most recent addition to VILA VITA Parc's outstanding restaurant options, which includes 2 Michelin star Ocean Restaurant, and is set to become one of the finest Japanese restaurants in Portugal.

Open since February 2017, Mizu is an authentic Japanese cuisine and fine dining experience. The stereotypical idea of sushi and little else featuring in Japanese cuisine is completely debunked at Mizu. The menu is varied and crafted with care to offer delicious dishes that are representative of Japanese cuisine while also playing to the culinary strengths of the Algarve. Primacy is given to fresh, seasonal and local vegetables and fruit, while fish from Algarve waters features on the Teppanaki menu and in the sushi. Special mention for the Tuna used at Mizu - it is locally sourced from an Algarve company that, such is the quality of the fish, exports much of its tuna directly to Japan, where it is highly prized.

As befitting its setting at the award winning, luxury VILA VITA Parc resort, home to the exceptional Cave dos Vinhos and host to the biennial Fine Wines and Food Fair, Mizu restaurant offers a stylish yet understated and uncluttered Japanese inspired decor. Set at the resort's Clubhouse, Mizu has fabulous ocean views - a beautiful complement to the seafood inspired dishes on the menu. The service is impeccable and knowledgeable, the staff are all aficionados of Japanese culture and cuisine and are happy to share their insights and guide your menu choices if desired. There is the option to dine a la carte or to have a more direct and interactive experience at the Teppanyaki table, which can seat ten, and where a set menu of 6 different courses is available.

Our a la carte culinary voyage through Mizu's dishes was captained by the restaurant MaÃ®tre D whose food options were magnificently paired with some of the premium sakÃ© available at the restaurant - sakÃ© that is as far from the harsh, potent, clear liquid that generally springs to mind when one thinks of sakÃ© as you could imagine. Appetizers of Edamame (soy beans in their pod with Fleur do Sal), followed by wild salmon and an aromatic seaweed salad (Kaisou salad), accompanied by a Dassai 50 Sparkling Nigori Junmai Daiginjo sakÃ© - a sparkling, fresh cloudy, sakÃ© that was delicious. 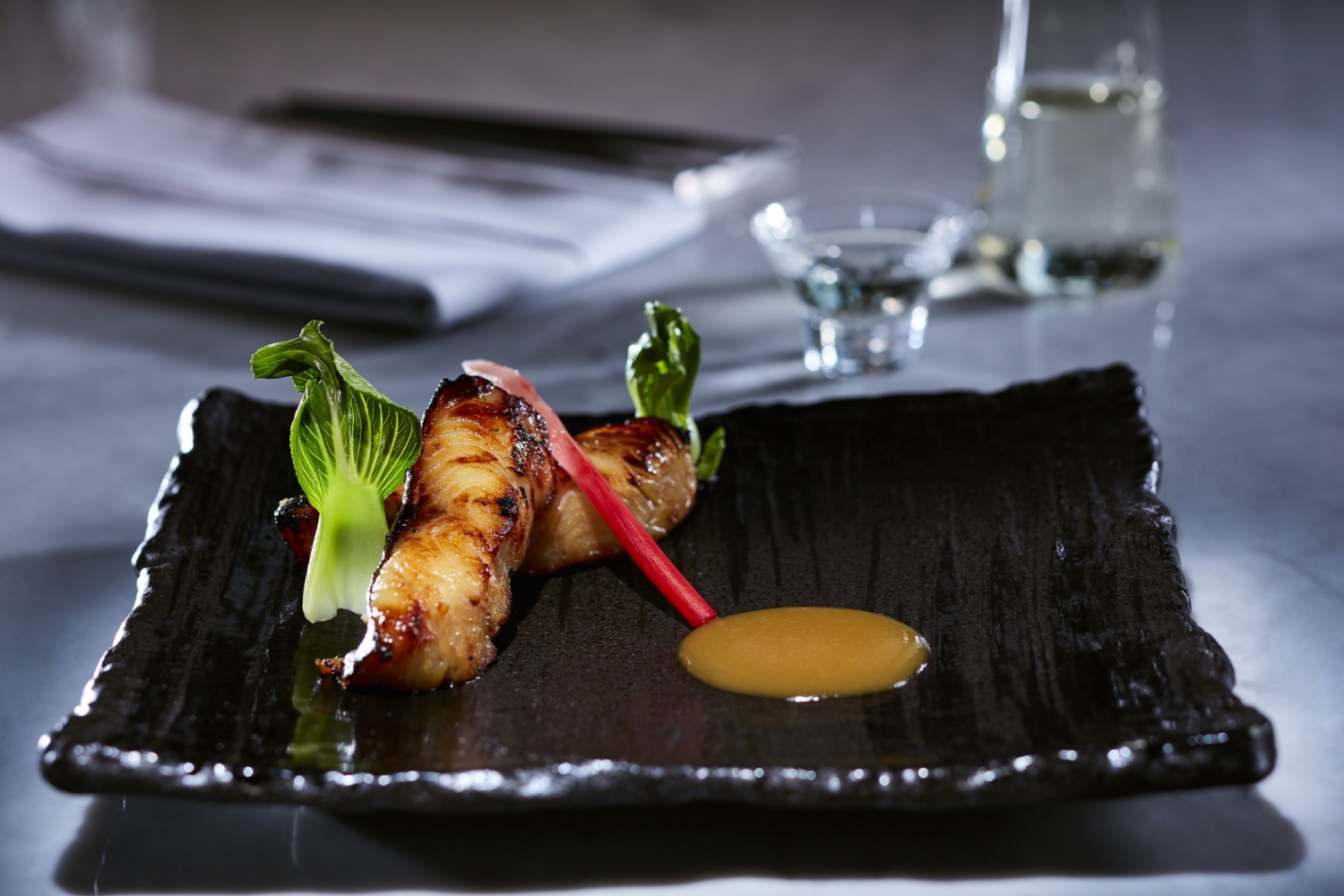 The standout dish was the Black Cod - marinated and slow grilled over Japanese Binchontan white charcoal on the Algarve's first Robata grill. The Mizu sommelier suggested an unorthdox pairing with this dish. Instead of sakÃ©, we enjoyed the cod with Rozes White Rerserve Port and the result was a beautiful blend of Japanese and Portuguese flavours.

As tradition dictates the feast ended with green tea - but here it is served as an ice cream, not tea. The ice cream accompanied the coconut namelaka (similar to panna cotta) and basil sorbet.

It is said that the first Europeans in Japan were Portuguese - passengers from a Chinese ship that was blown off course and washed ashore by chance in 1543. It is no accident that the fragrant, delicate Japanese cusine that so values fresh seafood and seasonal, local produce has found a fine dining home at VILA VITA Parc.