Famous as a golf destination and host of the Portugal Masters, Vilamoura is also home to top stars and performers in the equestrian world for the duration of the Vilamoura Champions Tour 2016 and the Atlantic Tour 2016.

Over the three and a half week period fromÂ  22 September to 16 October, the Vilamoura Championship Tour attracts hundreds of horses, riders and their teams. On any given day there are over 500 horses and over 1500 people involved in the event which this year boasts prize money of Ã¢ÂÂ¬490.600

Located at the Vilamoura Equestrian Centre, next to the Victoria golf course, the existence of this now prestigious event in the equestrian world is due in great part to the efforts of one man Ã¢ÂÂ AntÃÂ³nio Moura.Â  AntÃÂ³nio founded Alubox in 1996, dedicated to the organization of international equestrian competitions and their infrastructures. With immense experience in his chosen field, a huge passion for the sport and lots of hard work, AntÃÂ³nio, with the help of his team, has created conditions so excellent, and an ambience so inviting, that the 2016 Vilamoura Champions Tours competitors include Luca Moneta who has been competing at the highest level of show jumping representing Italy in the events such as the Europeans in 2013 where he finished in 10th place individually, the World Equestrian Games in 2014 and the World Cup Final in 2015. At the moment Luca is number 76 in the Longines FEI Ranking - this Italian rider will be one to watch at Vilamoura this year.

Also look out for Eduardo ÃÂlvarez Aznar this autumn - It will be his first time at Vilamoura and, undoubtedly the highlight of his career to date! Eduardo was a member of the Spanish Olympic Team in Rio 2016, is number 83 in the Longines FEI Ranking and finished 3rd in this year's LGCT Madrid Grand Prix 5.

The roll call of participants also includes the familiar names of European banking royalty, their American counterparts, as well as representatives of some of the wealthiest families in the world. In total there are 32 different nations represented. A walk around the grounds of the Tour in AntÃÂ³nioÃ¢ÂÂs company can take time Ã¢ÂÂ everybody wants to shake his hand or give him a hug, and he has a word and a smile for everybody. 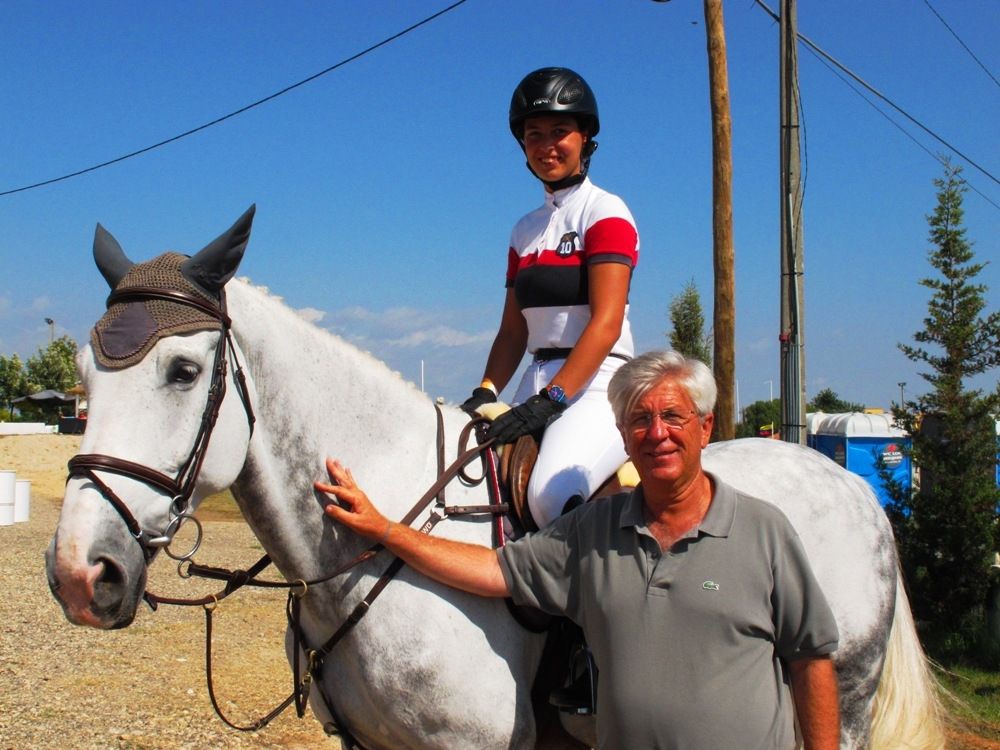 For the duration of the Champions and Atlantic Tours, the Vilamoura Equestrian Centre becomes a veritable city of horse boxes. The horses competing here are very valuable and they travel in styleÃ¢ÂÂ¦..Some of the horses stay for the duration of the event, some for just 2 or 3 weeks, each with its own team of grooms and rider. AntÃÂ³nio has ensured quality conditions for the horses, which is essential in attracting top level competitors to the Vilamoura Tour. To the uninitiated, the paddock may look like a large field spread with sand. In fact, the jumping paddocks at the Tour are equal to the finest in the world. Made by OttoSport, Â a specific sand is used (available at only one location in Portugal), mixed with silica and overlying a layer of rubber matting, thus reducing as much as possible the risk of injury to the horses. Â It is this care and expertise that has made the event such as success among the equestrian fraternity. 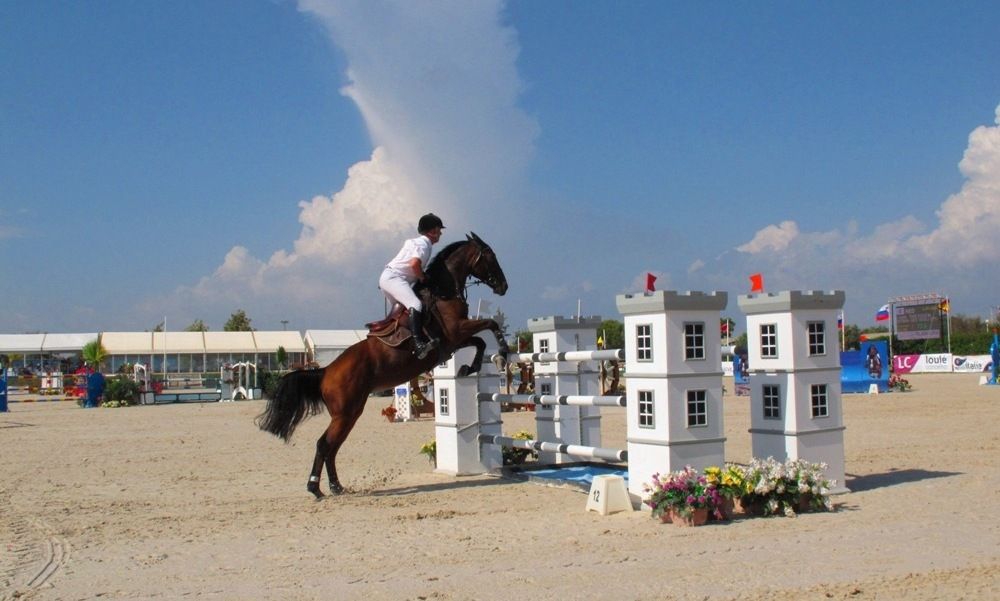 The participants in the Tour events may have come to the Algarve for the horses, but many return here subsequently for other reasons. Some have fallen in love with the beauty of the Algarve beaches, the great weather and fabulous food and are looking to buy property here. Others love the proximity of world class golf courses and enjoy a round or two while the rest of the family is at the riding centre. All love the hospitable, friendly and relaxed atmosphere that they find both within the Tour grounds, and outside of its confines.

Depsite the very relaxed atmosphere, the Vilamoura Champions Tour is a serious competition, as is the Atlantic Tour. Between them, there is well over Ã¢ÂÂ¬1 million in prize money as well as ranking points to be won. There are international competitions as well as competitions for amateur riders. There are 5 paddocks or arenas in total within the grounds of the tour as well as a restaurant and bar area and a lounge area with excellent views of the two main arenas where you can see the elite of the equestrian world in action.

Entrance is free to spectators