Zoomarine to the Rescue!

It was the first time such a young dolphin had survived so long away from his mother.

The Algarve is famous as a fabulous family holiday destination. There are miles of golden beaches, superb hotels, activities and theme parks for all tastes. One of the biggest attractions is without doubt Zoomarine. Now in its 22nd year, this marine theme park is home to dolphins, sea lions, seals, tropical birds, crocodiles and much more, and is one of the very best family days out in the Algarve.

Known best perhaps for the wonderful dolphin shows, the hilarious seal and sea-lion presentations and the fun fairground attractions, Zoomarine is also the only place in Europe where you can participate in a Dolphin Interaction programme. The Dolphin Emotions programme at Zoomarine includes swimming in the pool with these amazing creatures and learning some communication skills and tricks.

However, perhaps the greatest pride of the Zoomarine team is reserved for a small part of the park which many visitors donât even know exists â the Rehabilitation Centre. Opened in 2002, the Rehabilitation Centre for Marine Species (Porto dâ Abrigo) is the only one of its kind in Portugal. With a professional and expert multidisciplinary zoological team in place, the Rehabilitation Centre works closely with the Portuguese Institute for Nature Conservation and Biodiversity and other institutions working to rescue, rehab and release into the wild, distressed marine and aquatic animals. My Guide Algarve visited the centre, met with Dr. Elio Vicente, marine biologist and leader of the Zoomarine Educational project and the rehab team. Their professionalism and commitment to helping these creatures while working to educate the general public is enormous and impressive. 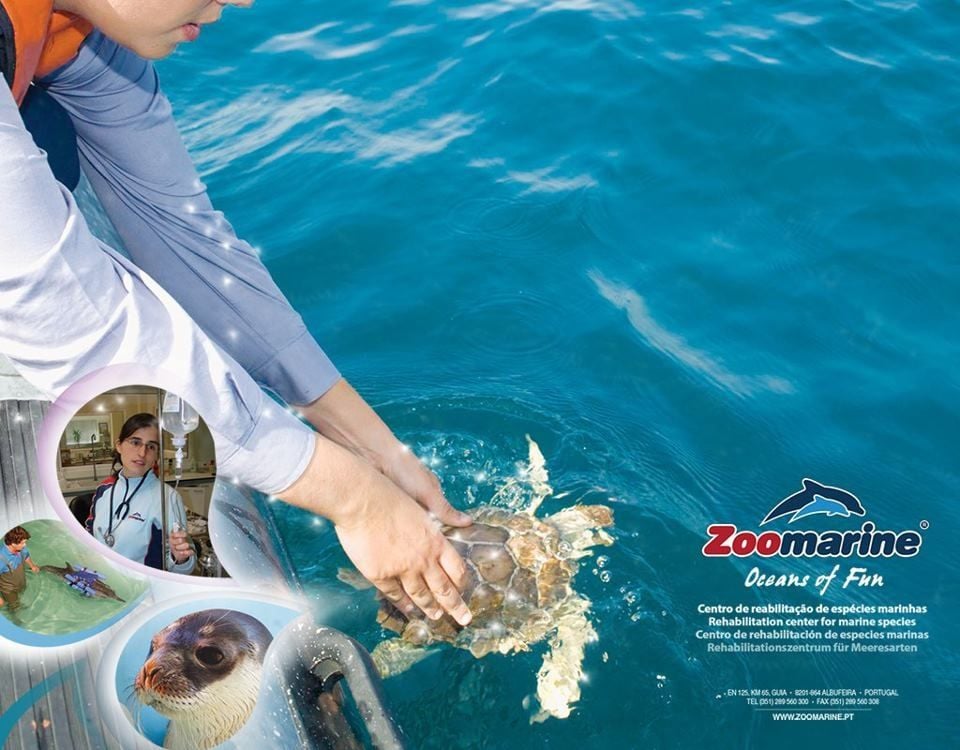 Already part of the Zoomarine ethos and day to day activity, the opening of the centre in 2002, formalized Zoomarineâs ongoing  work of rescuing and releasing marine species back into the wild. In fact, the centre was at full capacity on its inauguration day â distressed animals canât wait for inauguration ceremonies. Over the years the Centre has assisted many animals that have appeared along the Algarve coastline and from much further away. A simple phone call can set the response team in motion and help rescue and save the lives of distressed animals.

The Zoomarine Rehabilitation Centre has been involved in some amazing cases. There was the inedited release of three turtles, Calantha, Tartaruga and Cat, to the oceans in 2009. Two of the turtles had spent 30 years in human care and one had been confiscated at airport customs before being brought to Zoomarine. All were rehabbed and subsequently released.  The micro chips the turtles carried allowed the team to track their movements and showed just how well they adapted to life back in their natural environment even after decades in human care.

Then there was the case of Balu the baby dolphin â just 2 or 3 weeks old - that was found in great distress on the Western Algarve coast. Balu was brought to the centre and spent 32 days there under the constant care of the team and many volunteers. Round the clock care and fervent wishes were not enough to save Balu and he died in the arms of his carers. However it was the first time such a young dolphin had survived so long away from his mother and in captivity and Baluâs battle touched the hearts of thousands. 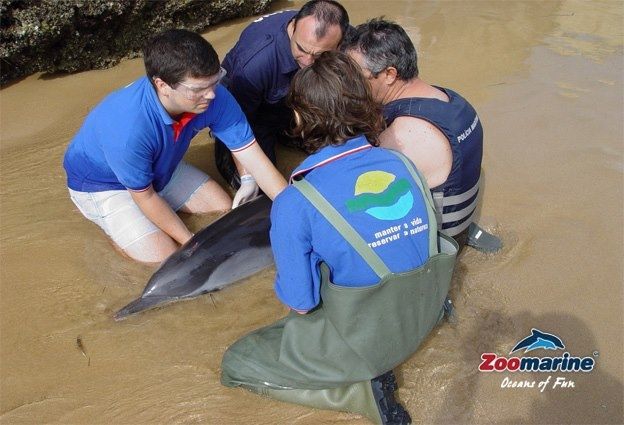 The most frequent guests at the Rehabilitation Centre are marine turtles - some native to local waters, some from much farther away â animals that have lost their way through illness or accident. Zoomarine has helped nurse them back to health and return them to the oceans after stays ranging from a few weeks to many months. Dr. Elio Vicente says seals and river otters are also regular guests at the Centre, while dolphins, always news worthy, are rare guests. Dolphins usually only wash ashore when already very ill or injured, and in most cases are already beyond assistance.

Sometimes the animals are brought to the Rehab Centre by other authorities (coastguards for example) or fishermen, sometimes the team transports the animal from where it has been found to the centre. When the Zooomarine rescue team is called to action they evaluate the animal in question in great depth and develop a treatment plan. The aim is always to return the animal in the best possible condition to its own habitat. Depending on the animals condition recovery can be speedy or take several months. Periods of quarantine must be respected too. Before release the animals are tagged with microchips so that they can continue to be monitored in the wild, adding precious information to our understanding of marine life. 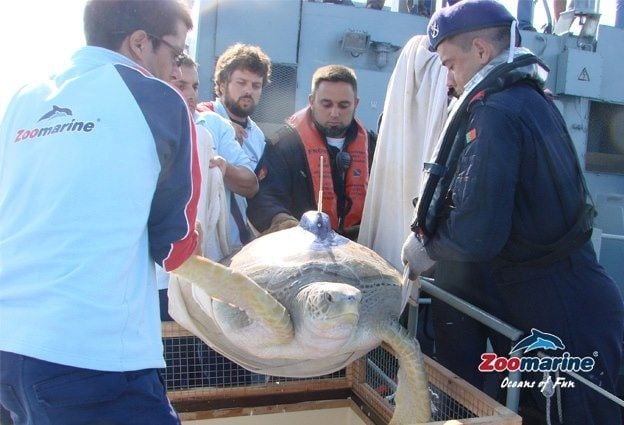 While we smile and applaud the wonderful interaction between the Zoomarine trainers and the animals involved in the parkâs presentations, a completely different approach is adopted in dealing with the animals in the Centre.  Aside from the obvious separation due to contagion and infection measures, the aim at the rehab centre is to return the animals to the wild and therefore emotional links cannot be allowed to develop between carer and animal. The animal must retain its distrust and fear of humans, so that when back in its own habitat, it can still act independently and in keeping with its true nature. This is contrary to the amazing relationship that develops between the full time residents of the park and their trainers. Many of the animals at Zoomarine were born there. They interact daily with their trainers and carers and it is essential that their relationship is one of mutual respect and trust.

Although most visitors to Zoomarine donât get to see the workings of the Rehab Centre, the message of environmental education and preservation is passed on to all. And we can all play our part. Zoomarine has a wallet sized First Aid instruction leaflet for marine animals that you can pick up at the park or download here. So next time you are strolling along the beach or out in a boat and your path crosses with that of a distressed animal, you will know what vital first steps to take and you know you can count on the Rehabilitation Centre at Zoomarine to help.
Find out more about this work at Together We Protect 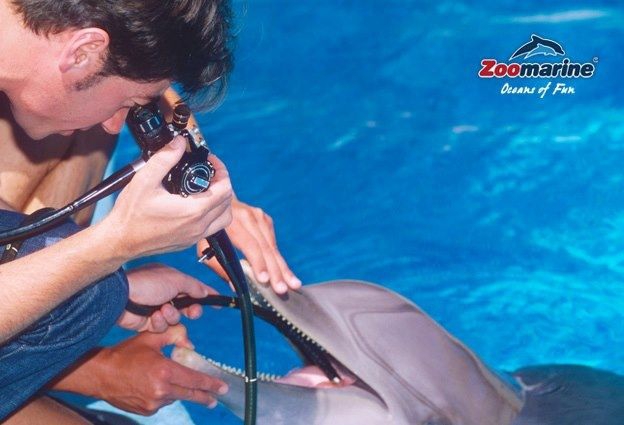