Filter Top 10 Things You Didn't Know About Portugal by Type


Portugal is famous for its beaches, food and Cristiano Ronaldoâ¦.but thatâs just the tip of the iceberg. As a nation, Portugal is not much given to boasting, so you may not know that....

1. Portugal is one of the oldest countries in Europe with its borders pretty much unchanged since 1297.  Portugal also had one of the longest-running empires (from the capture of Ceuta in 1415 to the handover of Macau in 1999) and one of the largest, stretching from Brazil to China. The alliance between England and Portugal, ratified by the Treaty of Windsor in 1386 is the oldest alliance in the world still in force.

2. Portuguese is one of the most spoken languages in the world. It's spoken by the 10 million inhabitants of Portugal - and also by 230 million others all around the world. In fact, Portuguese is the official language of 9 countries and is the 6th most used language online. 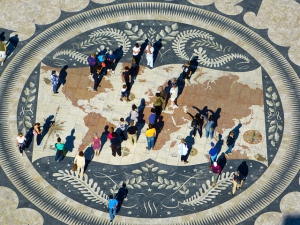 3. Portugal accounts for about 50% of the world's cork production.  And the best cork in the world is from the Algarve.  Portuguese cork is used by leading brands such as Moet Chandon and  Rolls Royce, by Airbus and NASA. Portuguese cork has been used in the spacecraft used by the European Space Agency in its mission to Mars. You can see the beautiful cork oaks and learn how the bark is harvested on some off-road adventures in the Algarve.

4. Pioneering laws. While Portugal is considered quite traditional in some aspects, the country has a history of passing pioneering laws. Portugal was the first country to begin to legislate for the abolition of capital punishment and the Charter of Law of Abolition of the Death Penalty was approved in 1867. Portugal was also the first country to abolish all criminal penalties for personal drug possession, under Law 30/2000. In addition, drug users were to be provided with therapy rather than prison sentences.

5. The largest artificial underwater park and reef in Europe is in Portugal - or rather in the ocean just off the Algarve coast. The Ocean Revival Underwater Park has four decommissioned Portuguese navy ships nestling on the seabed, home to an ever-evolving eco-system and major attraction for divers from all around the world. 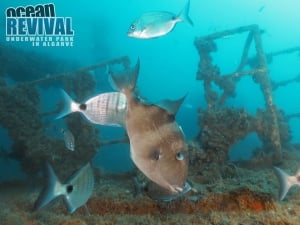 6. The ATM system in Portugal, the Multibanco is one of the most advanced in the world. Long before online banking became the norm, you could do your banking, pay your bills and your taxes at your local Multibanco. Today there are over 60 operations possible via the ATM system, including buying concert tickets, donating to charities and topping up your phone credit.

7. In fact, Portugal totally kicks its traditional image with amazing innovation - the Green Lane toll pay system is a Portuguese invention, as is the pre-paid mobile phone card. And Portugal has experienced the fastest growth in innovation performance among EU member states in recent years. And in 2016, Lisbon became the home of the Web Summit. In 2018 Portugal was ranked as one of the 13 most innovative countries in the world by the CTA International Innovation Scorecard. Lisbon and Porto are hubs of innovation while the Algarve is also beginning to attract interest with its own tech hub and start-up ecosystems.

8. The oldest bookshop in the world is in Portugal. Bertrand in Lisbon has been doing business since 1732 and is the cornerstone of the Bertrand chain. The location of the original store underwent an enforced change due to the massive earthquake in 1755, but has been at Rua Garrett ever since. And one of the most beautiful bookstores is in Porto. Lello bookstore was voted the third most beautiful bookstore in the world and is said to have been the inspiration for Harry Potter's Hogwarts.

9. Portugal is home to the world's longest pedestrian suspension bridge.

The 516 Arouca Bridge is 1,692 feet long (516 metres) and is suspended 575 feet (175 metres) above ground! It connects the Paiva River banks and has stunning views of Paiva Gorge and the Aguieiras Waterfall. The bridge is located at the Arouca Geopark, about an hour from Porto. The bridge is open from May 2021. 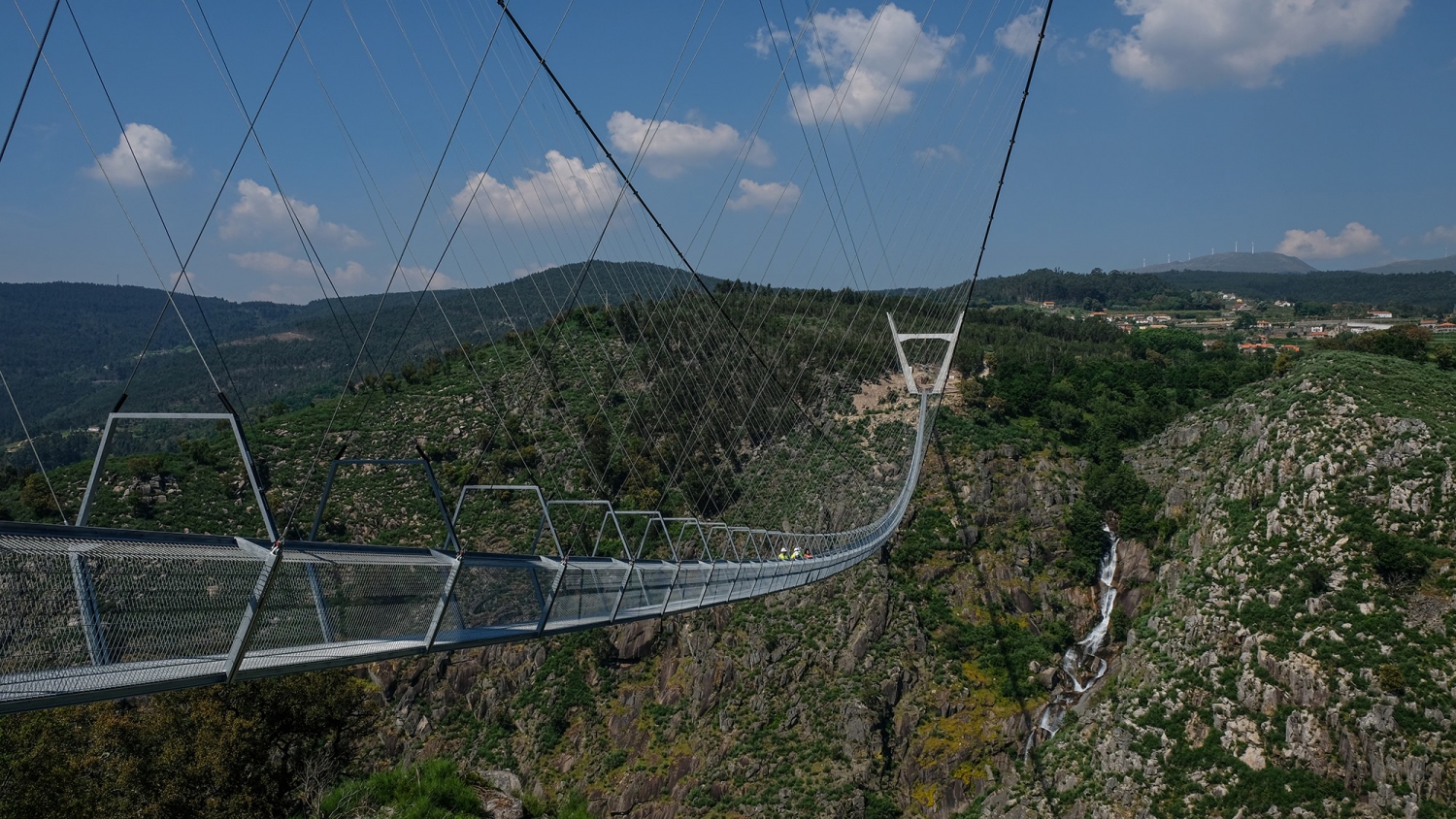 10. Some of the biggest and best waves in the world are to be found off the coast of Portugal, at Nazaré. Due to the topography and geography, it is not unusual for monster waves to batter the coastline here, attracting surfers from all over the world. Garrett McNamara rode a world record wave here, riding a 23.77m (78ft) wave in 2011 and Rodrigo Koxa rode a 24.38 (80ft) wave in 2017. 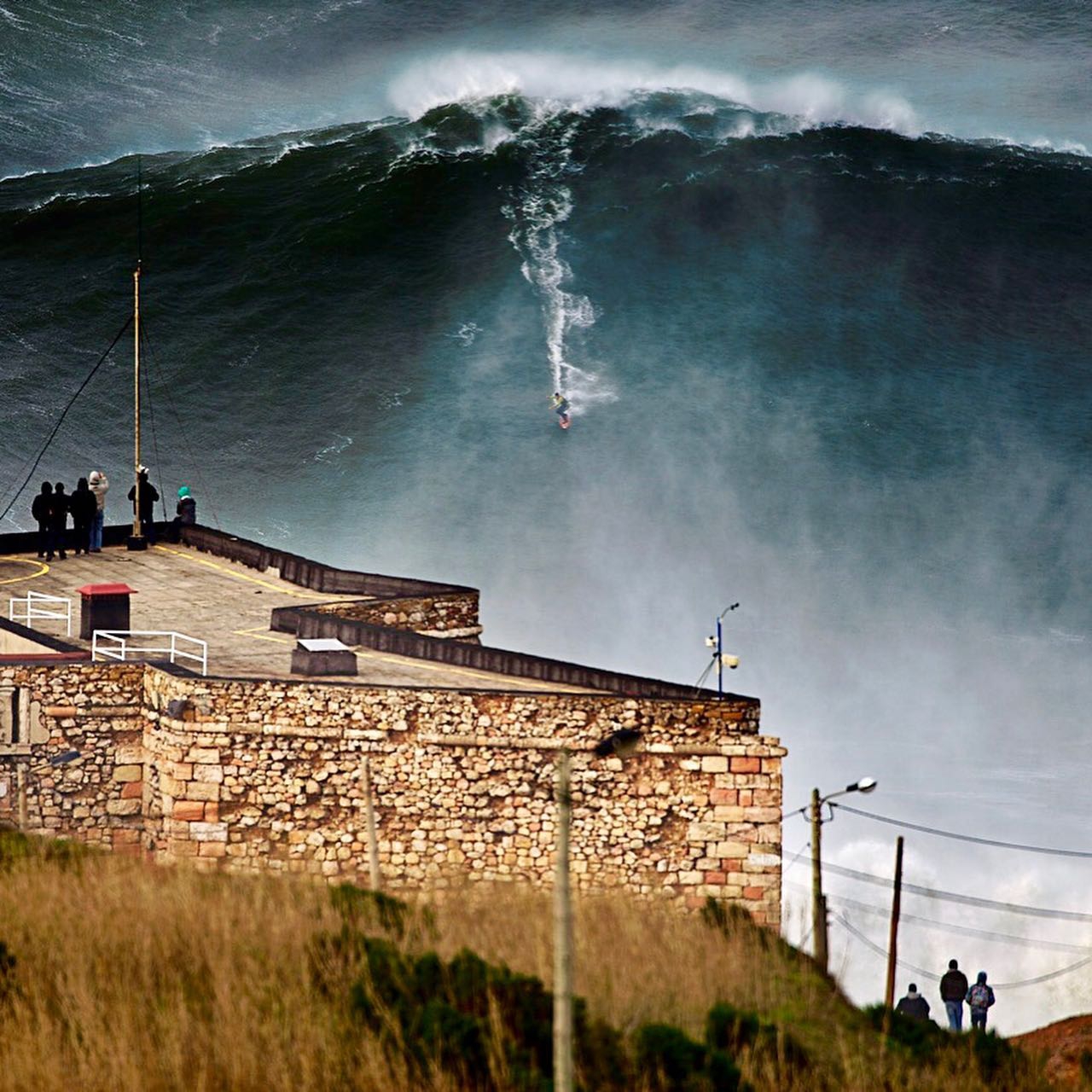 Thinking of moving to Portugal?