Surfing in the Algarve, Portugal

With a western and southern coastline, there is always a swell somewhere.

While many of us restrict our surfing activity to the web variety, there is a whole world of people who take to the ocean for the unique experience of riding the waves. While still hanging on to its somewhat rebel image, surfing has grown hugely in popularity as an activity. The combination of adrenaline, fitness, closeness with nature, tranquility and action has proven addictive to many. Within Europe, Portugal is widely considered the absolute best surf destination with theÂ  best natural surf coastline. In fact, in 2011, Garrett McNamara set a world record by successfully riding a monster 90ft wave off the Portuguese coast Ã¢ÂÂ check out the video !Â 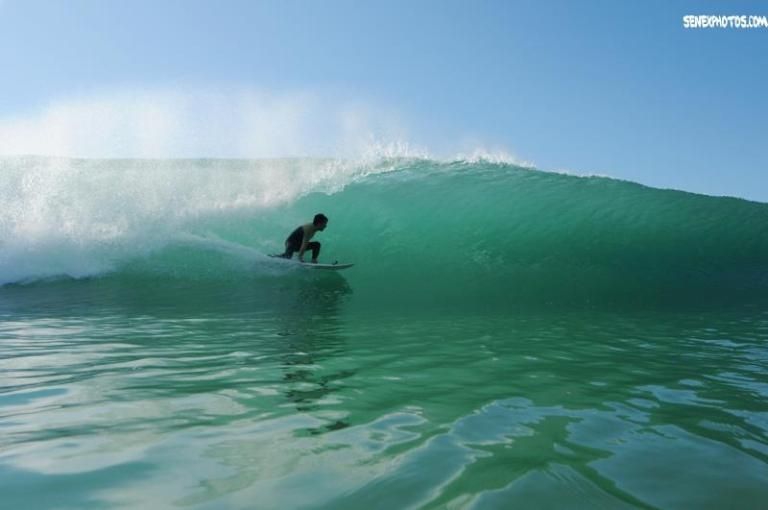 Although you wonÃ¢ÂÂt find too many monster waves here, facing the magnificent Atlantic and its powerful winds, Â and with fabulous weather all year round, the Algarve coastline offers a range of surfing experiences to accommodate all levels of expertise. Â With a western and southern coastline, there is always a swell somewhere, so down-time is generally not an issue. Add in a whole range of accommodation from 5 star luxury to eco-lodges to hostels, as well as some of the most delicious food and seafood you will eat, and you can see why the Algarve has become surfer heaven.Â  There are plenty of flights into Faro airport and a generous array of surf schools and surfing holidays available. For hard-core surfers an off peak holiday season break is ideal - the waves are bigger and the beaches emptier. For a novice surfer, a combination summer break and surf holiday might just hit the spot. Portitours offers a fantastic Surfari day out . This is a combination Jeep Safari along the Costa Vicentina and intro to surfing. All equipment is provided, coaching is given and waves are ridden!Â  A great way to discover surfing. 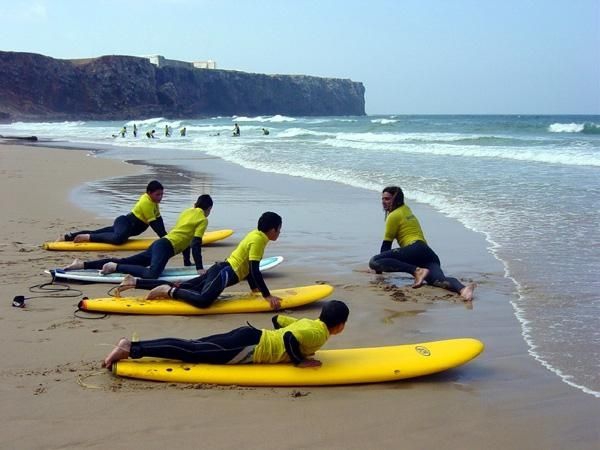 The southern coast of the Algarve is where most of the holiday resorts are concentrated and the coastline offers a somewhat gentler surfing experience, particularly as you move east. The western coast is much less developed, with many pristine beaches just waiting for surfers. Here the waves can give even the most experienced surfers an adrenaline boost.Â

Along the south coast, and as you move eastwards, the waves become smaller . But even in the central and eastern Algarve good surfing for beginners and intermediate surfers can be found at Praia da Falesia,Â  at Santa Eulalia right in front of Le Club, one of the regions hottest nightclubs or at Tavira island. However , from Praia da Rocha, Alvor and Lagos heading westwards you can usually count on some good waves, particularly during the Winter swells. And the further west you go the better it gets. The towns of Lagos and Sagres are surfer magnets. ItÃ¢ÂÂs not just the waves Ã¢ÂÂ the laid-back and friendly atmosphere attract surfers from all over the world. Also both towns are ideally located to easily get to the best surf spots on either the south or the west coast. 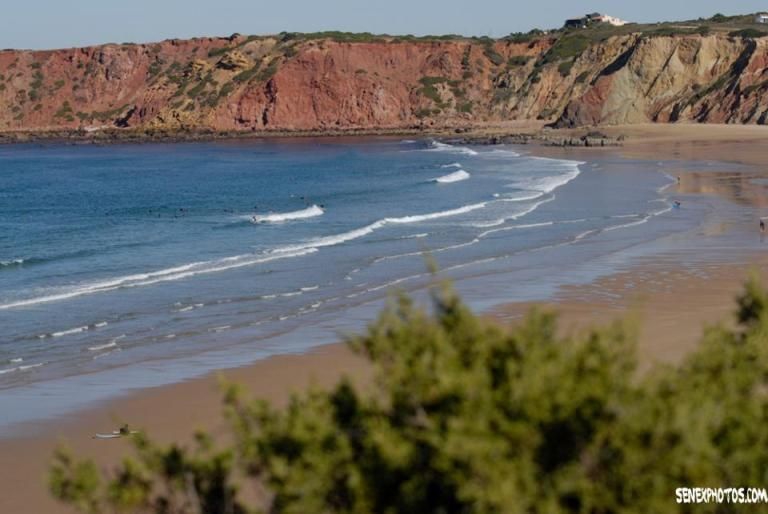 The Western coast is the big draw for surfers in the Algarve, as it picks up predominant northwesterly swells. In the summer the waves can be waist or chest high. In the winter they can be well overhead, regularly topping 15 feet. And as an added the bonus, the water temperature is comfortable, and more often than not the sun is shining. Favorite surf spots here that are good for less experienced surfers include Amado, Carrapateira, Monte Clerigo and Mareta, while the beaches at Tonel, Arrifana, Beliche and Zavial are generally considered more suitable for experienced surfers. 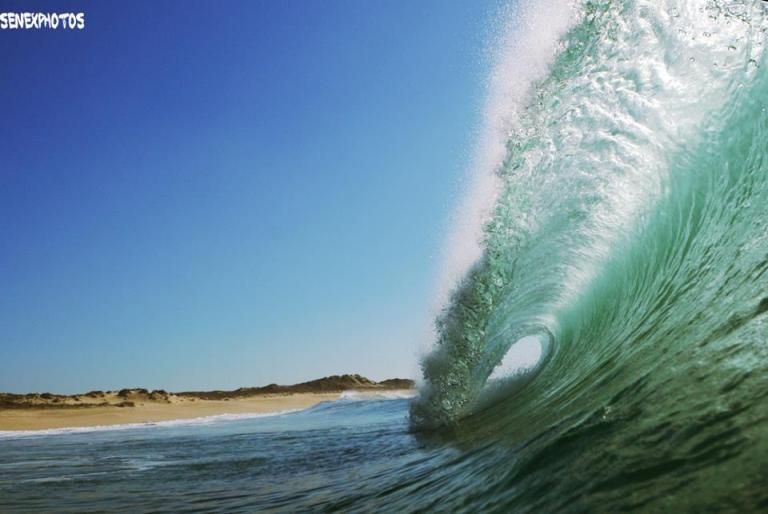