Diving in the Algarve

The dream of creating an artificial reef in the Algarve is just a few weeks from becoming a reality.

The Algarve is set to become the top underwater tourism destination with the largest artificial reef in the world.

Portuguese history and sea-faring activities go hand in hand, and it is almost impossible to think of the countryâs most Southern region, the Algarve, without thinking of its beautiful coastline and magnificent ocean. And while its beauty on the surface is undeniable, the fascination of what lies beneath the sparkling waters makes diving in the Algarve an attraction for thousands every year. And things are about to get even more interestingâ¦ 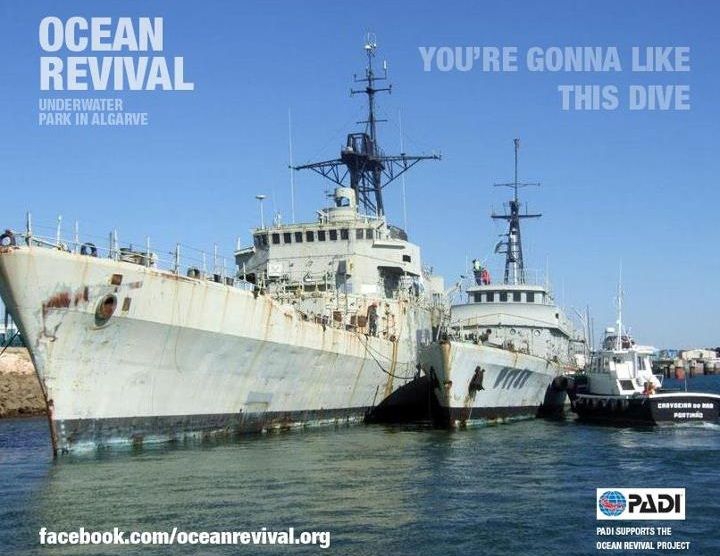 Sitting in dry dock near PortimÃ£o is one of the Portuguese navyâs most famous vessels â the Oliveria e Carmo. This 1,430 ton piece of history has been in its countryâs service since the 1970s, with interventions in the colonial wars and with NATO. Now, at the end of its active life, it is being prepared for a new, peaceful role. Very soon, this impressive vessel will be sunk  just a few miles off the Algarve coast and will, along with three other decommissioned navy ships  donated by the Portuguese navy,  form what is to be one of the largest artificial reefs in the world, placing the Algarve very firmly on the must do dive list of divers everywhere. 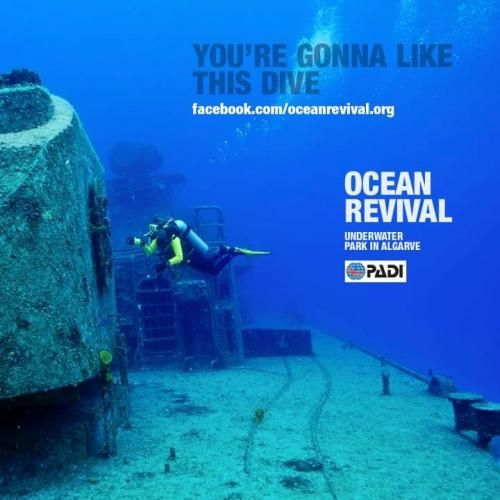 The Ocean Revival project (a non-profit, community project) supported by PADI, is responsible for bringing this dream to reality and aims to create a unique dive experience where divers can follow the birth and evolution of an ecosystem in constant change. This massive labour of love is fuelled by the passion and patience of Dr. Luis SÃ¡ Couto, an avid and experienced diver and dive instructor, and director of the SubNauta dive centre in PortimÃ£o. Many years in the planning, with many obstacles overcome, the dream of creating an artificial reef in the Algarve and thus increasing the biodiversity in the local waters, and bringing growth to the area with this unique attraction, is just a few short weeks from becoming a reality.

The first of the ships to form the reef has been stripped clean and prepared for sinking, all electrics, copper and zinc removed, a costly and time-consuming process. Each step has been carefully planned and future uses foreseen. Camera spots have been set up around the vessel so that marine biologists can record the evolution of the ecosystems from a fixed position over a period of time. Exactly placed heat explosives (that do not provoke shockwaves) will open 1 metre square holes around the ship, and dive routes of different levels have been prepared to suit divers of various levels of expertise, from simple recreational dives to advanced technical diving.  By mid October the Algarve will have the first piece of its artificial reef nestling on the seabed and ready to receive visitors. 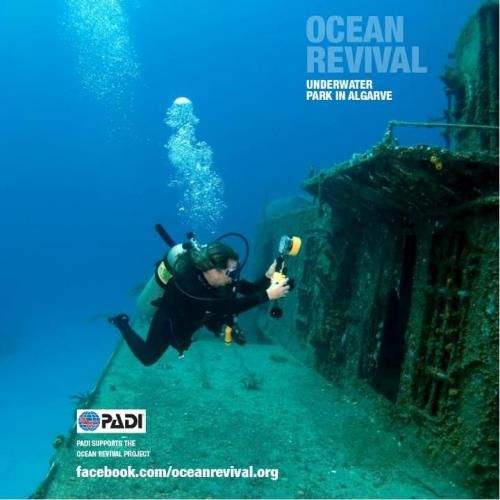 The ship will be sunk off the coast at Prainha, near to PortimÃ£o and Alvor, to a depth of about 26 â 32 metres. The clear waters of the Algarve, with temperatures ranging from 16 â 24Âºc, and the excellent accommodation and restaurants in the area, as well as the choice of flights into Faro airport, will make the Algarve a reference of excellence in the world of underwater tourism. The Ocean Revival project is a community project, a collaborative effort that contributes to the region by enriching the seas and our understanding of its ecosystems, as well as forming a unique underwater theme park that will attract many thousands of visitors to the area, giving a welcome boost to the local economy.

The Ocean Revival Project is a non-profit community Project and has received no state funding whatsoever. To date all costs have been supported by private sponsors. A public funding campaign has now been launched that allows everybody to contribute to this amazing project, whether divers or lovers of the sea and those that wish to see an area that was mud and sand become a focal point for marine diversity. Contributions can range from as little as â¬10 to thousands, making this a true community project and allowing everybody to become involved. Visit the Ocean Revival website and make your contribution online.

UPDATE (June 2013): 3 of the 4 ships have been sucessfully sunk and the Ocean Revival underwater park has been receiving visitors from all over the world for several months. Not only are the ships themselves of interest, the colonization process of marine life is fascination to accompany, something that is possible at the Ocean Revival park.