Will Sullivan be able to successfully defend his title at Vilamoura this year?

The Portugal Masters returns to the AlgarveÃ¢ÂÂs OceÃÂ¢nico Victoria Golf Course this autumn. Opening with a Pro Am Day on Wednesday 19th October and concluding on Sunday 23rd, this popular leg of the European Tour is the biggest golf tournament in Portugal. Around 40,000 spectators are expected to watch some of the worldÃ¢ÂÂs best players compete for a prize fund of Ã¢ÂÂ¬2m.

Will 2015 winner Andy Sullivan be able to successfully defend his title this year? The competition will be tough: Belgium's Thomas Pieters, who will be making his fourth appearance in the Portugal Masters, is among the favourites to win. Pieters bacame the most successful European Ryder Cup rookie this year and has his sights set on the Portugal prize.

View the list of players and tee times here.

The championship course
Designed by world-famous professional golfer Arnold Palmer, the cutting-edge OceÃÂ¢nico Victoria opened in 2004. This par 72, 18-hole course measures 6,651 metres, from the back tees, and spans 90 hectares. Set in a stunning natural landscape, with undulating fairways, challenging water hazards and strategically placed bunkers, Palmer made a splendid job of creating a championship golferÃ¢ÂÂs playground.

This elite venue offers top class facilities including a superb driving range, a 2,500 square metre putting green and an outstanding clubhouse with a pro golf shop.

For more ticket prices and to buy online click here.
For more information about the 2016 tournament visit the Portugal Masters website.

MasterÃ¢ÂÂs history
Chosen for the outstanding quality of its golf courses and tourism infrastructure, Portugal joined the European Tour as hosts in 2007 and the first Portugal Masters was played. The AlgarveÃ¢ÂÂs OceÃÂ¢nico Victoria Golf Course has been selected successively as the venue for this prestigious event, which is now in its ninth year.

LIKE My Guide AlgarveÃ¢ÂÂs Facebook page and weÃ¢ÂÂll keep on the ball with the latest Portugal MasterÃ¢ÂÂs news.

Time out
Vilamoura is a purpose-built resort with an award-winning marina and no shortage of accommodation, great restaurants and bars, and excellent entertainment. So, make sure you make the most of your stay.

If you feel the urge to splash out on a gourmet meal after a day at the tournament, head over to Willies. The internationally influenced cuisine at this Michelin Star restaurant is certain to tantalise your taste buds. If a hearty bar meal with a good helping of live entertainment thrown in is more in your line, then try one of the popular Irish Bars on Vilamoura Marina Ã¢ÂÂ you wonÃ¢ÂÂt be disappointed! 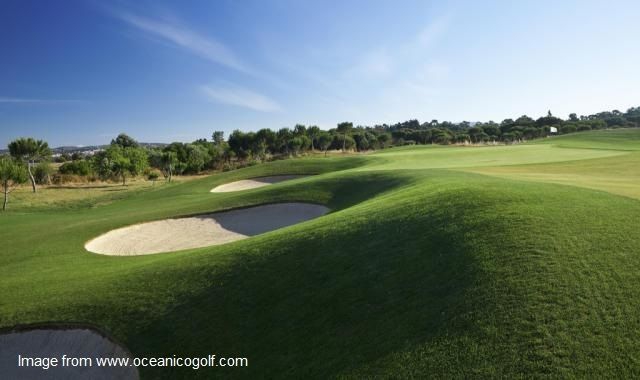