The biggest fishing port in the Algarve


The town of Olhão is located just 8km from Faro. If you rent a car in Faro Airport it is very easy to drive to Olhão, just take the main road out of the airport and keep going straight ahead. You will soon be on the new Faro bypass which will take you east to Olhão.

Alternatively, you can take the train from Faro station to Olhão for around €1.20 or the bus for around €3. A taxi is of course a little more expensive costing approx €24 from the airport.

Olhão is actually the biggest fishing port in the Algarve and became a town of note in the 19th century, until this time it was just a small fishing village with a handful of people living in huts made from wood, straw and reeds. The long submerged fortress of São Lourenço was built around 1679 to protect the village from pirates but the barrier islands do a good job in keeping the famous Ria Formosa lagoon a calm, protected zone for wildlife, shellfishing and water-based tourism. 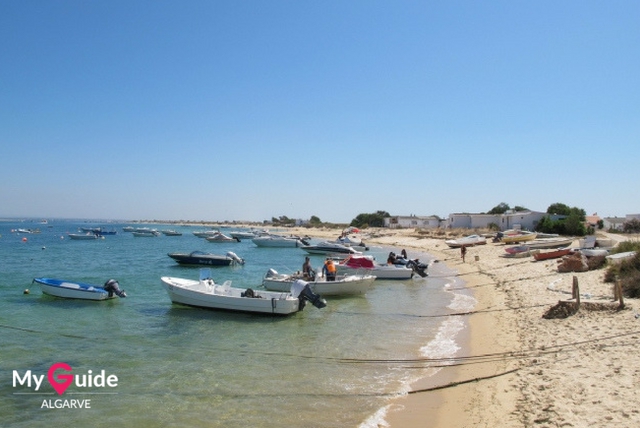 Olhão’s dock area, with its factories and warehouses, is still dedicated to the fishing industry which provides local employment and sets the area’s character as a working city. From Industry came wealth which provided many fine buildings in the city and a lovely, long paved promenade running along the waterfront, ideal for a shady walk taking visitors through the mature 1960s gardens and up to the market area.

Olhão escaped the ravages of mass tourism as it always has been a working town with no beach but, being on the Ria Formosa lagoon, some of the best beaches in Portugal are just a short ferry ride away on Armona and Culatra islands which have small settlements, cafes and bars.

If you miss the markets, which shut around 1pm, six days a week there’s shopping in town at Pingo Doce, Continente, Intermarché, Lidl and Aldi.  There is also the Ria Shopping Centre on the north side of town with three floors of shops, restaurants, a cinema, a Pingo Doce supermarket and a children’s play area.

Olhão has two identical market buildings side by side. One is for vegetables, cheeses and meat and the other is dedicated to selling fish and sea food for which the town is rightly famous – so much so that the annual Seafood Festival attracts tens of thousands of visitors and locals each August.  There is a busy Saturday market too, where locals producers come down from the hills to sell their fresher-than-fresh vegetables, fruits and honey. 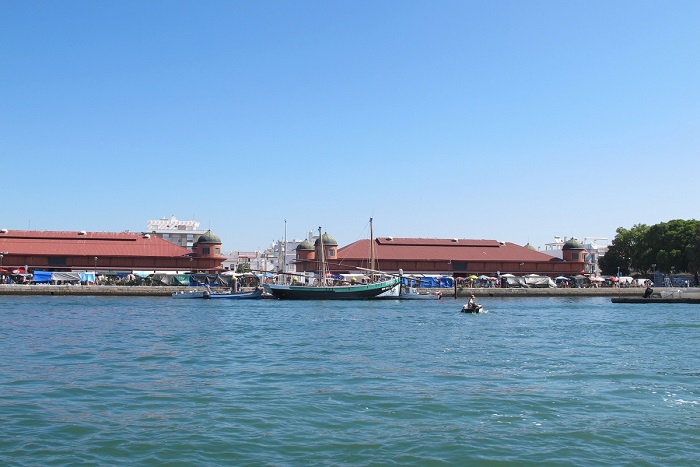 Most visitors come to Olhão for seafood and there are dozens of restaurants along the main seafront to choose from. Many drive over from Spain for a good lunch in Olhão. In the winding backstreets, for which the town is renowned, there are smaller restaurants and ‘tascas’ where the locals eat and there are plenty of cafes in the Rua Comércio and Rua Vasco da Gama which both lead up to the church.

There are two churches in Olhão. The first is the Church of Our Lady of the Rosary which was built with funds from the fishermen of Olhão and was the first stone building in the town.  It was built in 1698, and rebuilt after the 1755 earthquake and now has a baroque façade an five notable altars. The second church, the original one was for what was little more than a fishing village, is the Chapel of Our Lady of Soledade which dates from the 17th century and is now used as a chapel of rest – not advisable if you have an aversion to seeing open coffins!

Olhão long has been associated with artists. In the past four of five years the town has been discovered by newcomers to Portugal who are after an authentic lifestyle, mixing with the locals in the original fishermen and merchants’ zones, making Olhão now one of the towns where people want to live in the Algarve.

Olhão is known as the ‘cubist city’ and much of the original architecture is a Moroccan, flat roofed style with houses tumbling over each other to get a view of the sea and the returning fishing boats.

It is just delightful to sit along the marina of Olhão and have a coffee or a drink and watch the world go by.

Thanks to Algarve Daily News for their contribution.

Find things to do near Olhão

All of our providers offer 24/7 support