Inspiration Lifestyle Sports
Algarve Tennis and Fitness Club (ATF) is well known as a fabulous spot for tennis, padel and fitness classes. The facilities are great, the atmosphere is friendly and relaxed, and all levels of players are welcome. And now, with new coach Ricardo Gomes, ATF is ramping up its competition tennis coaching for juniors and seniors.

ATF, located next to Vale do Lobo and Quinta do Lago, is a very active sports centre. There are tennis courts, padel courts and a range of fitness classes and activities on offer. The club runs regular social tournaments for both tennis and padel, as well as tennis holidays for groups and individuals. ATF is a friendly spot and welcomes players of all levels. You can hire out courts and equipment for a few games of fun during your stay in the area or join the club and benefit from membership.

Junior Competiton Coaching
For young players looking to up their game and improve their results, the ATF Junior Competition programme offers personalized private or small group coaching, multiple hours per week. Sessions are set to each player’s level and guided by professional coaches.

Emphasis is placed on competitive, results-driven tennis, not just in the Algarve but also throughout Portugal and even internationally. The ATF tennis coaching academy delivers a solid foundation for players who wish to advance in the world of tennis.

New ATF coach Ricardo Gomes is in charge of the Junior Competition coaching programme and not only coaches but is available to accompany players to tournaments. A highly ranked junior player, Ricardo has helped develop some outstanding international junior players. See the Bio below.

To learn more about the Junior Competition coaching programme at ATF, contact the club at
sports@algarvetennisandfitness.com or find out more about Algarve Tennis and Fitness. 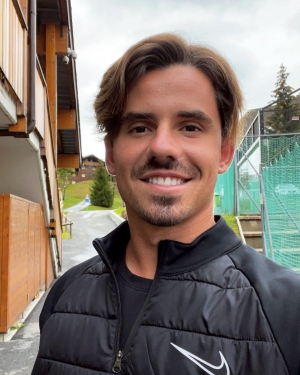 Ricardo Gomes:
As a Player:
As a coach: