Best Places in the Algarve to Watch Brazil 2014

They say Portugal is the country of the 3 f's - Football, Fatima and Fado.

Brazil 2014 World Cup fever is ready to hit! Portugal is a country that was already football mad, even before the dawning of the Cristiano Ronaldo age. There is an old saying that Portugal is the country of the 3 f’s – Football, Fatima and Fado. For the next month, football reigns supreme.

The Algarve is no stranger to high level football. Both the Dutch and English World Cup national squads chose the Algarve for recent team training camps before heading to the Americas. Louis van Gaal's Dutch squad enjoyed the hospitality of Cascade Resort in Lagos, while Rooney, Gerrard and co.  headed to Vale do Lobo, an area where several of the players have holiday homes.

With visitors of so many different nationalities in the Algarve over the next weeks, the region will resound to the sound of cheers of all nationalities urging on their teams. The loudest cheers of course, will be for the Portuguese team, with local boy João Moutinho, from Portimão, and his teammates hoping to bring joy to an entire nation. 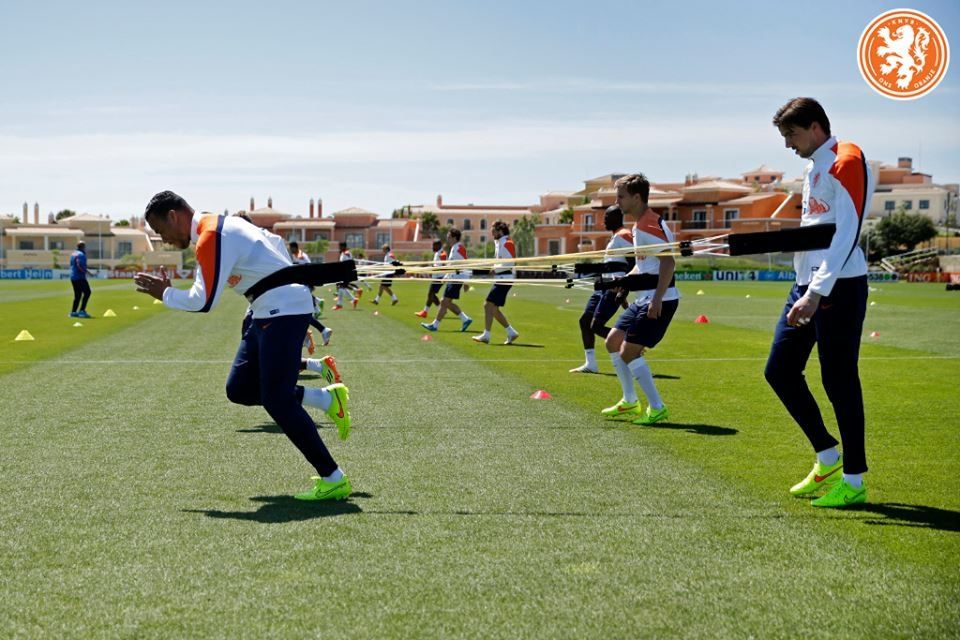 Following are some of the stand out places to watch the matches, no matter what team you support.

Leaving aside the sad fact that Ireland didn’t make it to the World Cup (again) an Irish bar is a great place to watch sport. Supporters of all teams are welcomed and teased equally, the beer is cold and the craic is mighty. Check out The Black Stove in Alvor, Ireland’s Eye in Praia da Rocha, O’Neills and The Irish Pub in Vilamoura and of course de Barra, in Quinta do Lago – which many superstar football players are known to frequent when not playing in the World Cup.

For  a touch of class the Lago Lounge at Conrad Algarve is hard to beat. Luxury, elegance and complementary Caipirinha shots to welcome you to the Brazil 2014 opening ceremony on Thursday. All games will be show at the lounge with special Brazilian themed menu and cocktails. Speaking of cocktails, the master mixologists at Rubi Bar at the Hilton Vilamoura serve cocktails and magic.

For an open air and lively football experience head to the Praça at Vale do Lobo. With the Atlantic and beach in the background the Beach Bar will be showing all matches on the large screens with plenty of liquid refreshment on hand. Follow the footie with some fancy footwork of your own on the dance floor at Montys ….another favourite spot of English footballers abroad.

Portugal’s opening game is against Germany and if a touch of Bavarian bonhomie is what you need then the Vila Vita Biergarten is just the thing. Specially imported beers and Wurst galore on the menu, you can enjoy the matches while sipping Paulaner beer at the Biergarten. For some sand between your toes chic NoSoloAgua in Praia da Rocha ticks all the boxes – beautiful beach, beautiful people watching the beautiful game on the numerous screens dotted around the beach club.

In the centre of Faro (at Jardim Manuel Bivar) there is a World Cup Fun Zone. Giant screens broadcasting all the games live, lots of activity and entertainment, live DJ sets, plenty of food and drink – a perfect way to watch the games. On Vilamoura marina, add a little something extra by watching the games at Sete Café…which just happens to be co-owned by Luis Figo, who has played in a World Cup or two himself and is one of the most capped Portuguese players of all time.

As a football loving nation, while in Portugal you will have no trouble finding live transmissions of all the World Cup games.  Shopping centres such as Aqua in Portimão, Algarve Shopping in Guia and Forum Algarve in Faro will broadcast the games shown during their opening times and just about every TV in the country will be tuned in for the Portuguese games. A slump in service standards during these games should be forgiven – everybody will have a least one eye on the TV screen and only half a mind on their work. Here’s hoping the Brazil 2014 party goes on as long as possible for the Portuguese team. Força Portugal! 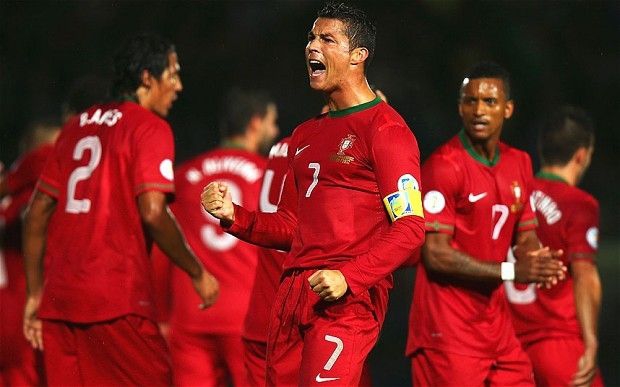